Childhood memories from the 50s and 60s 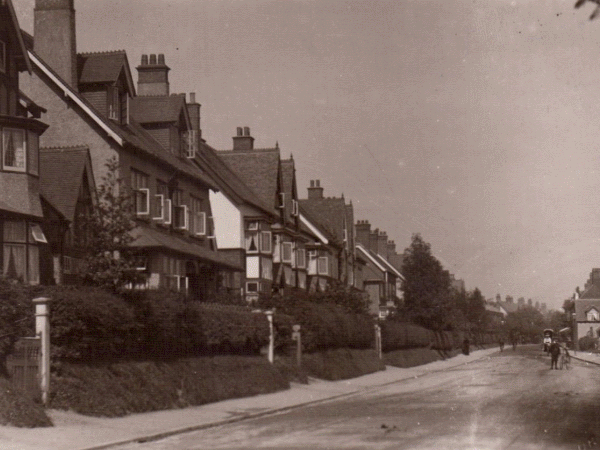 My overall memory of my childhood was the freedom I was allowed to have. I was born in 1954. My parents and my older sister lived in a large semi-detached house on the Lichfield Road opposite Cremorne Rd in Four Oaks. I therefore lived on a main road - it was then the A38 (before Sutton was bypassed) with a deep railway cutting behind. Our parents used to take us into Sutton to see the night train to Scotland fill up with cars on a Sunday night. My sister always wanted to be an engine driver. She didn’t achieve that, but she used to volunteer for the Severn Valley Railway in later life! I was scared of the steam trains and used to have nightmares, as they sometimes set fire to the grass in the railway cutting. The fire engines would drive up the Fordrough, next to our house, so they could access the railway from the bridge. That was exciting when they came!

The freedom, I mentioned, meant that my sister and I were allowed out by ourselves. Opposite, on the corner of Cremorne road, used to be a sweet shop (I wish I could remember the name), which we were allowed over to. I liked gobstoppers and they were 2 for 1d.  My sister liked aniseed ball, 4 for a 1d. Next door was a greengrocer.  The oranges were piled up into a large pyramid and I was allowed to “help” build the displays.

My favourite shop was Pugh’s, the grocers, up towards Mere Green on the opposite side of the road. This was before the 1st supermarket was built in Mere Green. Mr. Pugh used to deliver a weekly order to our house. When I was older, it was my 1st Saturday job making up these orders and occasionally I was allowed to serve using a till that didn’t always work. Making up the orders meant I had to go upstairs.  Here you had to be careful where you trod, as there were holes in the floor! No health and safety then and I think I was younger than 13.

Our other freedom was Sutton Park.  We used to take our bikes there and go off for the day or go and visit our cousins on the opposite side of the park in Tudor Hill. I was something of a tomboy and loved climbing trees. I still love the outside and feel fortunate to have been close to Sutton Park as a child.

I was fortunate, as I wasn’t ill very much, but when I was, the family doctor, Dr. Mallim (I think!) used to call. He had a practice further down the Lichfield road towards the Halfway Public House.  I remember that as a tall cream and white building right onto the main road. This was taken down and rebuilt back from the road with a car park in the 60s.

I haven’t lived in Sutton Coldfield since the 70’s and I know it has changed. The shops don’t exist.  I checked my old house on street view.  It looked quite similar, except that there is a driveway at the front now.

However, the photograph above shows it to be more as I remember.  Our house was No. 233, the last of the gabled houses.  The photo was taken before I was born.  I never could play on the road!  The cottages at right angle I remember must have been old.  My parents bought the house with sitting tenants and put in a downstairs bathroom for us.  The tenants moved out when I was very young, and the upstairs loo used to freeze in winter!  I remember Dad putting in storage heaters, otherwise it was a coal fire in the lounge and a coke fired burner to heat the water (these days you would call it a wood burner!).   We were a hardy bunch!