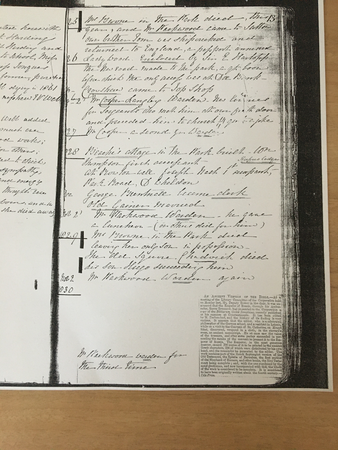 Mr Browne in the Park died, this year, and Mr Packwood came to Sutton. Our brother Tom was shipwrecked and returned to England, as passport annexed.

Ladywood - Enclosed by Sir E Hartopp. The New road made to the park, a gt boon before which the only access was at Doe Bank

Mr Cooper Langley Warden. New lances (?) for Sergeants who met him at our front door and preceded him to Church !!! Quite a joke.

Mr Packwood Warden - he gave a luncheon (or others did for him).

Mrs Browne in the Park died leaving her only son in possession. The Old Squire Chadwick died his son Hugo succeeded him.