Invitation to Opening of Empress Cinema 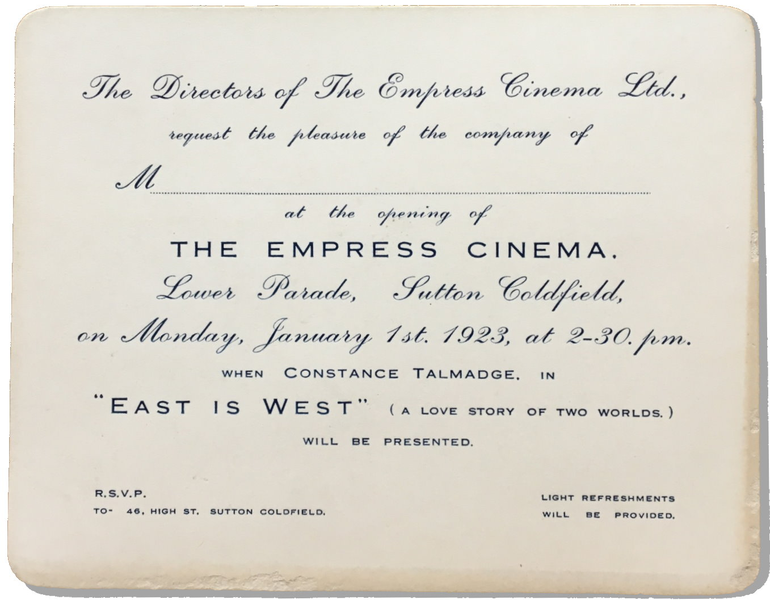 This "Invitation to the Opening of The Empress Cinema" on Monday, January 1st, 1923, at 2.30 pm is what the first film goers in Sutton Coldfield would have handed over to the Cinema staff when they flocked to see the first of the silent films to be shown there.

From Eileen Donohoe's archives, it arrived too late to be added on this website to

"The Silent Films of 1923 shown at the Empress Cinema,

But, better late than never!