'The Story of Sutton Coldfield', by Roger Lea 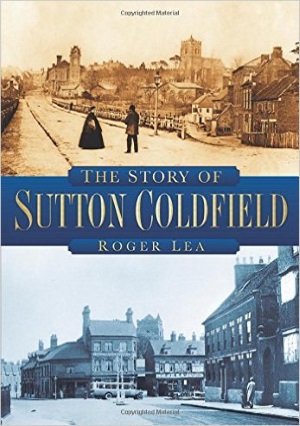 This illustrated history traces the fortunes of these ordinary people and their successors through the next 900 years.  In the medieval period the local economy flourished and then decayed; in Tudor times the town became a self-governing royal town.  In the nineteenth century came the threat of industrialisation, but Sutton did not succumb, instead developing a reputation as a desirable place to live, with its healthy air, huge park and easy distance from the metropolis of Birmingham.  The rapid growth of population over the last hundred years has brought further changes which continue to fascinate the social historian.