'Manley Hall and The Manley Family,' by Keith Jordan 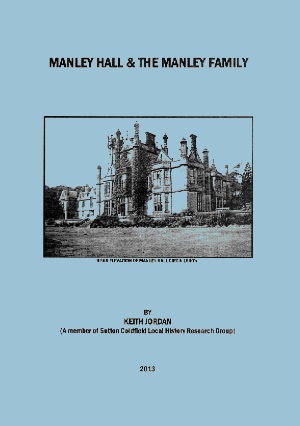 The research covers various members of the Manley family from the early days around 1066 to the last owner, Roger Shawe Manley, in 1925.

One of the Manley's was a famous Admiral of the Fleet, another was involved in the notorious Battle of Balaclava and yet another shot himself in the grounds of Manley Hall!

The mansion, in its latter years, became Manley Hall Preparatory School for Boys until its final demise in 1961, following a catastrophic fire.

This research is availible to view inline here: Manley Hall