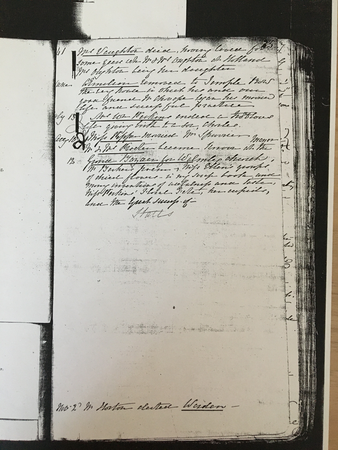 Mrs Vaughton died, having lived for some years with Mr and Mrs Oughton at Holland, Mrs Oughton being her daughter.

Aemilion removed to Temple Row, the very house in which his and our good friend, Mr Chavasse, began his married life and successful practice.

Mr and Mrs Procter became known at the Manor.

Grand Bazaar for Walmley Church, Mr Barker's poems, Miss Ellen's groups of dried flowes - in my scrapbooks, and many inventions of usefulness and taste, Miss Perkins' Floral Fete, her cupids, and the Great success of:-