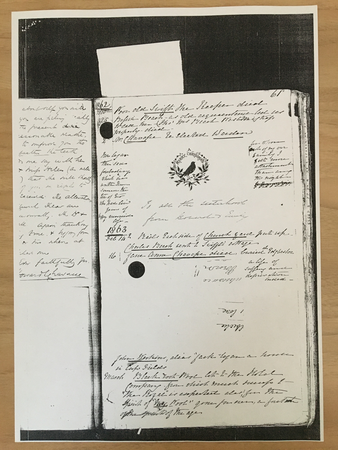 Christmas Card "To all the sisterhood from Howard & Emily (Chavasse)

Rails each side of Church yard put up.

Blackroot Pool let to the Hotel Company - from which much success to "The Royal" is expected alas! for the spirit of "My Pool" gone for ever, a foretaste of the spirit of the age.