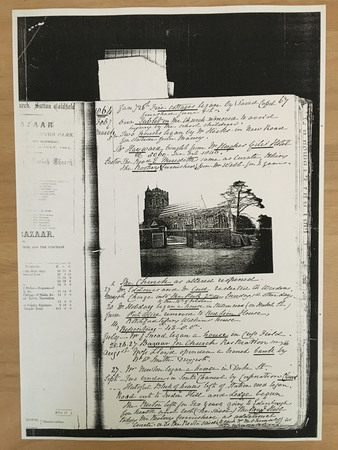 Our tablet on the Church removed to avoid inquiry by the school children.

Two houses began by Mr Hicks in New Road for station from Maney.

The Revd E Meredith came as Curator, taking The Rookery furnished from Mr Webb for 2 years.

The Church as altered re-opened.

Charge into the Park 2d on Sunday, 1d other days, to the 15 October.

The Rector left for two years, going to Edinburgh for health and rest (he said). The Rev T Hill taking the Rectory furnished - as additional curate - or as the Rector said (to each Mr M and himself) as his representative.