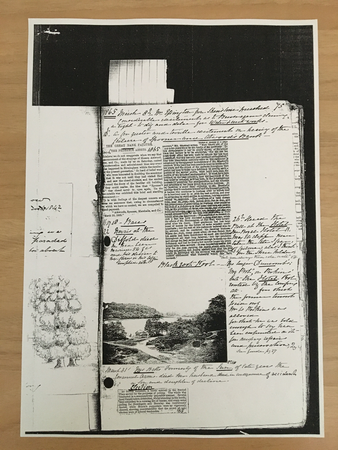 Mr Essington from Shenstone preached. Considerable excitement as to Brummagens claiming a right to dig and delve for water and erect works.

A far greater and terrible excitement on hearing of the failure of Spooner and Atwood's Bank.

Norris at the Driffold died, he had been married 54 years and his desire to have flowers in his coffin complied with.

Heard the Bell at the Hotel, the Royal Hotel!!! May its clapper tell the tale I fear (of failure), alas! I think for the share holders. "but you always throw cold water" VH

Mrs Betts formerly of the Sun, of late years the Emanuel Arms - died, her husband died in consequence of accident - a son and daughter of decline.

Newscutting - polling booth in Market Place - in favour of Liberals 1865