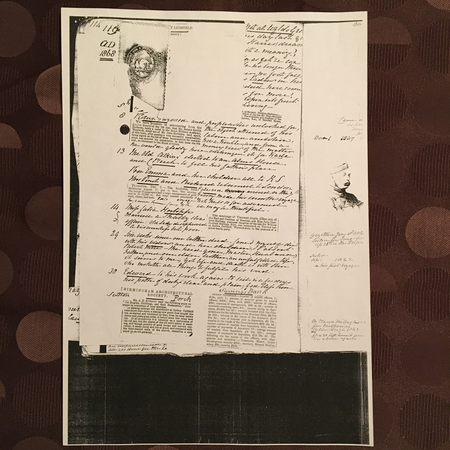 Robert Gazetted and perplexities unlooked for, the object attained of his labour and ambition now a trouble, and from a money view of the matter he would gladly have exchanged it for trade.

The Old Atkins elected to an Alms House and C Beach to fill his father's place.

Poor Emma and her children all to K S.

Edward arrived on the 7th having made his seventh voyage that he is so far advanced he came home(and for that we may be thankful).

Six weeks since our brother died. Jane and myself dined with his widow and her children. TV absent, Robert there - the head gone, Master, husband, Father, and our elder brother, an unfulfilled life, it seems to me, yet life and death is with Him who maketh all things to fulfil his word.

Edward to his work again - to sail in a few days, his path of duty clear and plain; god bless him