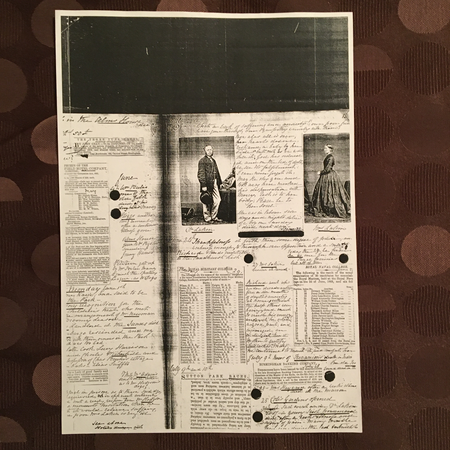 What a week of suffering and anxiety our poor friends have gone through, our sympathy warmly with them. Now alas all is over; her hearts desire, "rest, and a baby by her side" but not as we would have it, God has ordered it, and on the bed of death, we see its fulfilment. I can never forget it. May He who gave and took away have marked his dispensation with mercy. Rest is to her body; Peace be to her soul.

She was in labour six days and nights - delivered of a boy on Sunday, died next day June 22.

Thankfulness at first then some degree of pride and weakness enough; to triumph over opposition and a snub Richard stands creditable on the Sandhurst List. Today, the 29 we hear he is one for the Royal Marines, (but not of them).

Richard went up under disadvantage - five or six months of doubt and anxiety at home, without the help others were having, and much to crush his energy, under it he acted a good part and encouraged an indulgent kind mother to gratify his wishes; May he continue to merit it and comfort her.

News of Trevanions death in India.

Mrs Hayward after a week's illness died at the Manor.

A sad event under Dr Lakins roof, a young Irish housemaid died after a week's illness and agony of pain. Many terrible brain cases during the last fortnight.