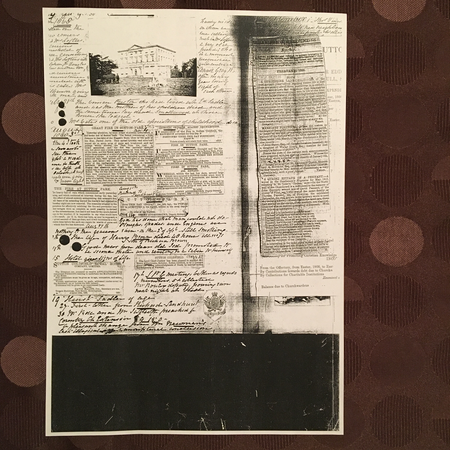 Called on the newcomers. A curious household of three generations. Miss and Mr Loftus with children, Mr Douglas - another son, and curious circumstances connected with this call; Mrs Williamson going with me and having no idea on whom we were calling met in Mr Loftus a very old friend who in a moment recognised and remembered "Annie Gray" after many years losing sight of each other.

The woman Preston who had lived with Ed Sadler and was the mother of his children died, and at the same time lay dead Smallwood at whose house she lodged.

Mrs Yates one of the old associations of childhood died.

On the 4 I took the servants to see the sight a ??scene in truth - as we left at 10 o'clock at night shoals were going in by moonlight.

Several Newscuttings - relating to fire at Sutton Park and heavy fall of rain.

God has done what man could not do. Ploughs, spades, and engines are nothing to the gracious rain. On the 2nd of Sept - still smoking.

Good news from dear old Ted promoted to be second mate and reveling in a cabin to himself.

First letter from Richard at Sandhurst.